It’s that time of the year again! The 19th Oslo International Film Festival is around the corner. The same team of creatives join in every year and donate a bit of work to help promote the festival. My part is the festival programme.

Halvor Bodin is one of the founders of the festival and the festival identiy designer. He’s absolutely bonkers about the effort he puts into it, and lately he’s been pulling several all-nighters back to back to finish the intricate poster illustration that also doubles for web background and programme front page.

Håvard Gjelseth designs the website front-end and has been doing so from home despite being struck with the dreaded swine flu. Martins younger brother Svein Kvamme has created the festival trailer/vignette with Halvor Bodin.

And like I said I have put the programme together. The programme is actually a pretty cool thing to do since we actually utilize the exact same publishing system as the website and through xml feeds I populate containers in an indesign document. The real work goes into updating the design of the programme templates, positioning ads, cropping images and colour correct them, attach profiles and then litterally populate the magazine with contents and that miraculous last part of the process takes less than a minute to perform – absolute magic.

Check out the festival here at: http://www.oslofilmfestival.com/2009/

There are some great movies screening at the festival. The full and confirmed festival programme is available on the festival website with trailers and synopsis and as a webcal feed for iCal and the google calendar – and I think the latest version of Office. 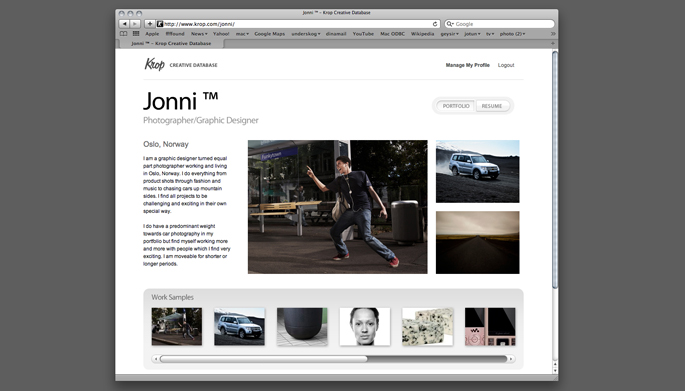